You Win Some, You Lose Some Part I

I began the long weekend with 4 projects in mind. Actually, I always have a million projects in mind...this weekend I followed through with 4. If you've been reading, then you know two were successful. My new door numbers and my skirted kitchen sink rock my socks. The other two are equivalent to poop in my pants. Seriously.

Last week I worked on some pillows for Marlene. She's trying to brighten up her living room and instead of replacing the sofa, she's replacing the pillows. Actually, she's clicking on the computer and ordering fabric. I'm replacing the pillows. She demanded kindly told me that she wanted 6 pillows: two from Target, two yellow ikat, one navy and white chevron, and one solid navy. She bought the Target pillows, ordered ikat fabric (shipped it to me) and told me she would buy a navy one. The yellow ikat pillows turned out great! The chevron...well...

Marlene never found a navy and white chevron fabric that she liked. She got the bright idea i could sew stripes together and create a chevron...no thanks. I found a great white linen and thought maybe, just maybe, I could paint a chevron pattern on it. I was wrong. Boo. I cut the fabric, then cut 64 pieces of tape to put over the white. I then painted in between the tape with navy fabric paint. I thought it would be genius until I pulled the tape off and discovered the paint had bled underneath. I then sent Marlene a text that said, "I hate you and your chevron pillows." I didn't hear from her for two days which is like ten years in our world. While she was out living up her childless 3 day weekend, I was at home laboring over labor day. Laboring over her pillows...see the following... 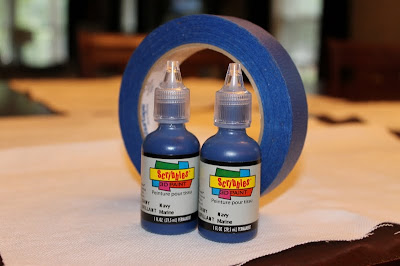 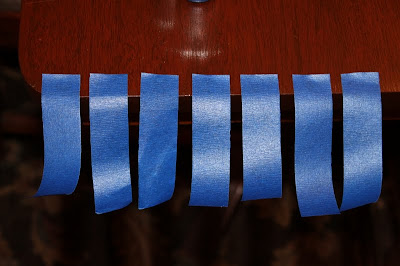 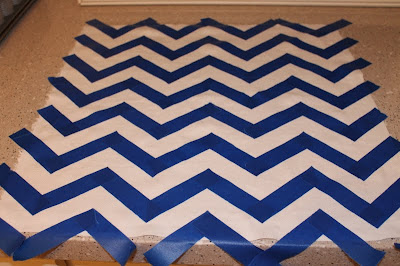 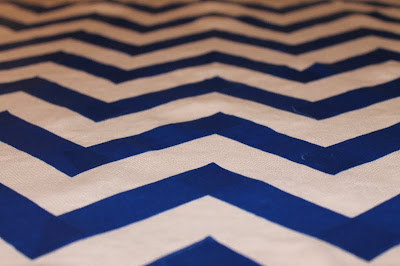 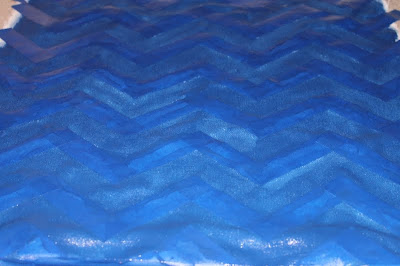 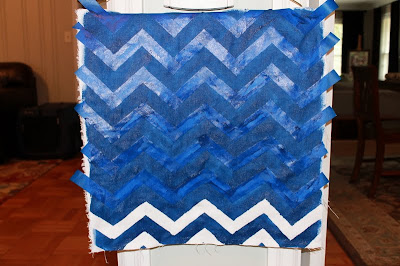 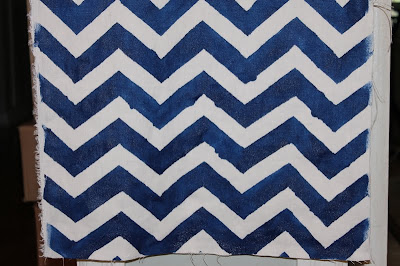 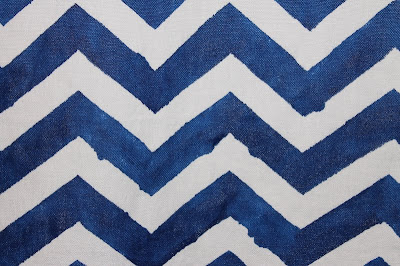 Perhaps I should have titled this posted, "how to make crappy drippy chevron pillows"...tomorrow I'll follow up with my other poop in the pants project.

I'm supposed to photograph fruit for todays challenge, but have none in the house. Seriously. Not even canned oranges. I'll post again tonight...

Posted by Accessorize and Organize at 5:00 AM

Oh my...you are right. Even I wouldn't want those chevron pillows. I ADORE the effort, though! I owe you big time! Not to "p" you off further, but I'd like the stripes a good bit wider :)