When I recently purchased new linens for the master bedroom, the duvet came with two king shams that I didn't need. We have a queen bed, but I like king bedding so it hangs below our very thick matress. With a few simple steps I turned the king shams into throw pillows. The great thing about this super easy project is that you can sew a few seams or use a no sew method like stitch witchery. Here's how...
﻿I turned the sham inside out and laid it flat, pillow opening side up. 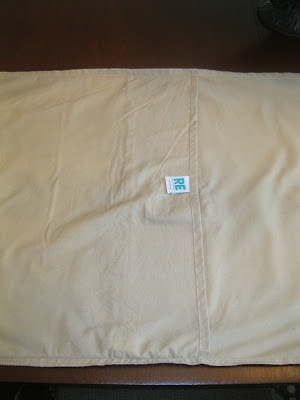 I bought two covered down throw pillows on clearance to use as fillers. I removed their cover and used it to measure against the king sham. My job was super easy because they were the same height as the king sham so I just needed to take a few inches off the sides. 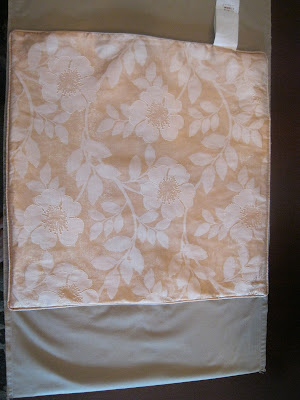 I folded the king sham to where I needed to cut (very technical, I know), using the removed cover as a quide. 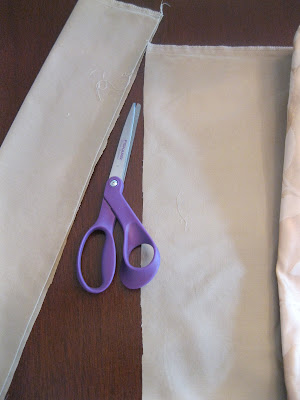 Once the cuts were made, one on each side, I sewed them together. Stitch witchery or another fabric bonding agent will work just as well. I turned the new and improved sham right side out, ironed and stuffed the pillows in... 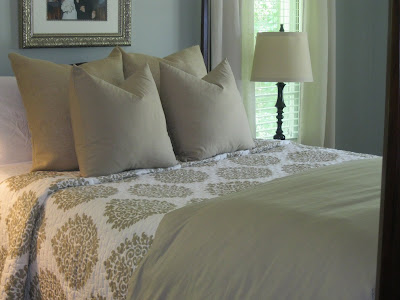 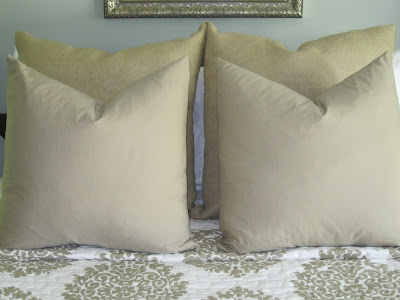 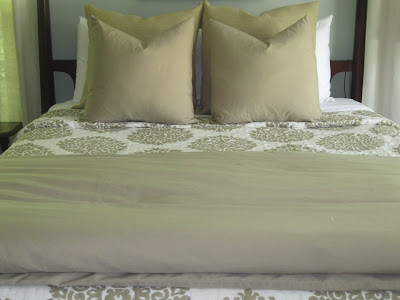 Super easy! Throw pillows can be expensive and hard to find. Next time you need some try thinking outside the box. Look for ugly clearanced pillows whose covers can be removed. Try shams that are too big so you can cut them down. This project took about 5 minutes and looks great! I am considering a monogram...maybe one day!
Rachel :) 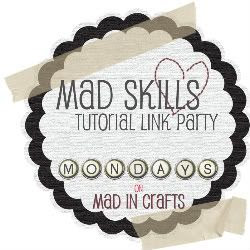 Posted by Accessorize and Organize at 4:00 AM